“Were I an artist today, I would throw up a large canvas…and it WOULD be large… and I’d splash it with vibrant colour, for this is an occasion to celebrate a great woman of God, Shirley Annette Noni Mitchell.”
– Sr Deirdre Browne IBVM –

Sr Noni Mitchell IBVM was known as a faithful friend, medical doctor, brilliant educationist, mission-focused leader, and a truly extraordinary human being. Even her physical features were striking – deep brown eyes, high cheekbones, wide smile, and hands that readily grasped you in love, compassion, and understanding.

Born in NSW to Arthur Rex and Alma Mitchell, Noni grew up in Lake Macquarie with her sister Gaynor. Gaynor fondly nicknamed her ‘Pony’, which then morphed into ‘Noni’ when she started school! Due to her father’s profession, the family was constantly relocating. With moves to Ballarat, Perth, Brisbane and Sydney, the girls had much adapting to do. Each day on return from school, Gaynor would pump into little Noni all she had learnt that day. The story goes that Noni’s curiosity was such that when asked what she would like for her 7th birthday, she promptly replied: “I want to know more. I want a lesson at school with Mother Catherine, all by myself. I want to know more about the Medes and Persians!!” This enquiring mind and strong will saw Noni enter Sydney University at 16, and by 21, she had graduated in medicine with flying colours.

In her first year of residency at RPA, she was under the mentorship of one of the greats in the history of medicine, Professor CG McDonald. Prior to leaving for 3-year practice in rural South Australia, CG’s parting words were, “Dr dear; you have fine judgment and wonderful hands. One day you will make a great surgeon.” However, that was not to be. Noni loved her profession but recalled that a conversion experience overcame her in South Australia. Noni returned to Sydney to take advice and discern this spiritual experience. By 13 June 1954, Noni swept into the Loreto Novitiate in Ballarat. “I want to know, to test whether this IS what God wants of me.” The Sisters formed a special bond with Noni, which remained throughout her life. “When we were together, she never pulled rank, simply loved just being one of us and telling yarns.”

For the three years following her 1st Profession, Noni taught a range of lower secondary and primary classes at Normanhurst. She was a hit at any level. Then, with Final Profession of Vows in 1961, Noni’s initial strong desire became a reality – I KNOW in whom I have believed became her life motto and was engraved on her ring.

In the following years, Noni exerted wisdom, balance, and courage as the Sisters faced the headwinds of change for religious life and was also beginning to be noticed as an educator beyond Loreto, gaining rich experience as she mixed with a wide range of experts in their professional fields. Throughout her time as Principal of Christ College, Noni was daily mixing with educators, bishops, other church authorities across Australia, serving on State and Catholic Education committees and boards, both locally and nationally, while at the same time building a thriving educational community of dedicated colleagues and student teachers.

When she broke the news to Christ College that she was leaving, they were in deep shock. Noni’s way of comforting them was to take to the stage. To their amazement, she broke into a balletic performance of the ‘Dance of the Dying Swan’ from Tchaikovsky’s ‘Swan Lake’. It converted the salty tears into peals of laughter! Somehow being utterly melodramatic seemed to suit her at such times and free others. Her humour was wicked and served her well in life. 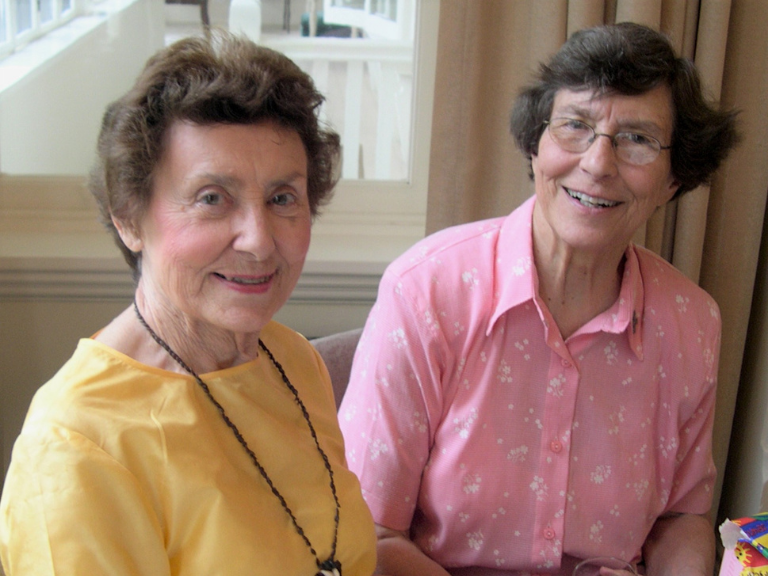 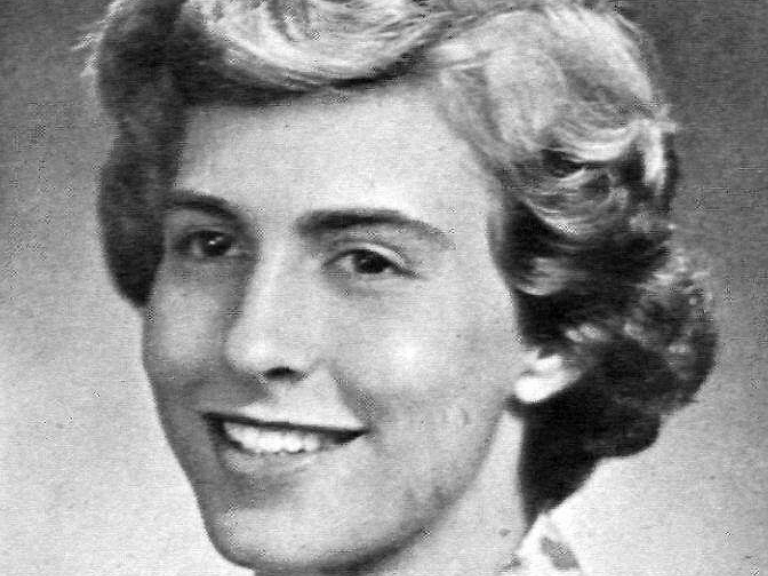 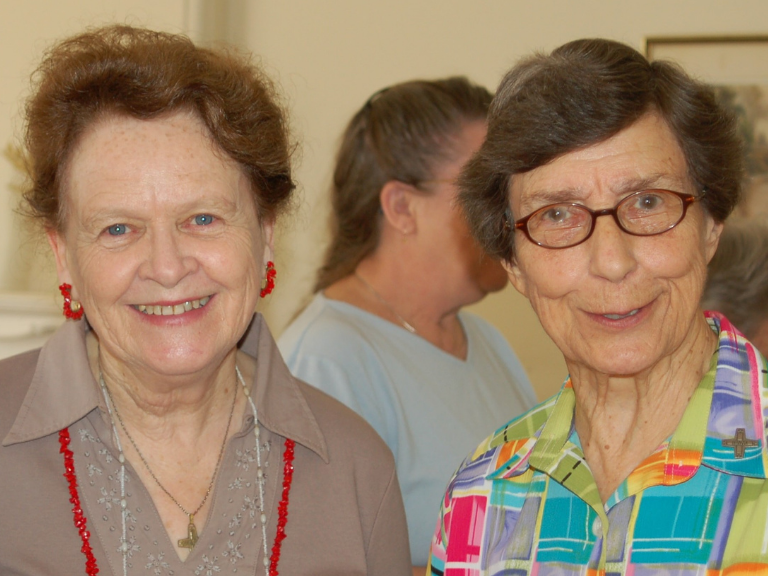 Noni’s strong views were grounded in theology, educational and social theory, Ignatian spirituality. She spoke as a woman of conviction and prompted others to explore the fullness of their own lives. Her leadership style was uncomplicated; her spirituality integrated between heart, mind, and body in the Ignatian/Mary Ward tradition. She was delightfully free of the entrapment of status or power. There were honours, even to an honorary doctorate and an Order of Australia, but as one person wrote: “Noni used her authority, not to overpower but to empower”. Others stressed her emphasis on inner freedom: “We were offered the space to respond to our own inner call, to claim our unique personal gifts, to discern and offer them generously for the common good. We were immensely grateful for this woman who took a personal interest in our full human development.”

Noni set out as Principal of Christ College but returned as Provincial of Australia. Her proven wisdom and extraordinary leadership qualities would stand her in good stead for the challenges and opportunities of the next 21 years. She was Provincial, 1974-83, and General Superior,1986-1999. This chapter of her life can only be touched on, but they reveal a woman of courage, prophetic and pragmatic, keen to innovate and implement, compassionate and large-hearted. She worked tirelessly with Council to put in place firm structures that would last into the future. If apparent failure came her way, she took it as just that and worked wholeheartedly to right the wrong.

At the time Noni was Provincial, education was a particular focus. At the same time, religious life was developing in new ways. Noni’s experience with a wide range of women’s orders gave her a context in which to situate the IBVM.

Noni’s life motto would have been very much in mind and heart as she undertook the historic appointment of General Superior. She was keenly aware that she was taking up a world-wide responsibility. Her focus from Rome would be international now, at the service of the Institute in its many varied cultures.

A few key comments fill out the portrait:

Noni and her Council:

As a member of the Council put it: “Noni challenged us to ‘Wake Up to the world! echoing the foundress of the Institute in Ireland, Teresa Ball’s words: Go, set the world on fire!” And increasingly, she called us to live the charism, work for justice, particularly where women and children’s issues cried out to be addressed.”

In these last 20 years back home among her beloved Kirribilli Sydney community, Noni had time to enjoy reconnecting with her sister, Gaynor, catch up with long-standing friends far and wide, and reflect on the memories of her international experience, often through prayer.

On 28 April 2021, Noni passed from this earth into the light of eternal glory.

“We, who together have splashed paint on this canvas today, are only too aware that it is simply part of the portrait, for now, you are face to face with the God who has been at work within and through you all these long years.”
– Sr Deirdre Browne IBVM –

*Text drawn from the Eulogy honouring the life of Sr Noni Mitchell IBVM, written and spoken by Sr Deirdre Browne