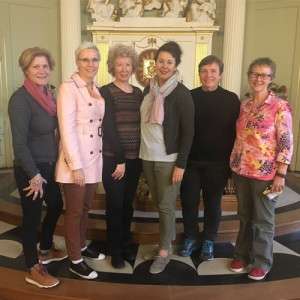 A group of six Australians set off in early August to attend the second International Friends of Mary Ward Conference in York, England. The first conference in 2014 was located in Loyola, Spain. Delegates from across  25 countries converged at the York St John University.

The conference titled Mary Ward ‘Prophetic Woman’ celebrated her history, future legacy and discerned the importance of Mary Ward’s message in a contemporary setting. We attended lectures, workshops and had the opportunity to visit the places in Yorkshire closely associated with Mary Ward’s life.

Overall, the delegates were incredibly grateful to be offered this opportunity to deepen our understanding and admiration of Mary Ward, her legacy and inspiring projects across the world that continue to spread her message over 400 years later to ‘seek truth and do justice’.

Scroll through the images below to gain a glimpse of the journey.