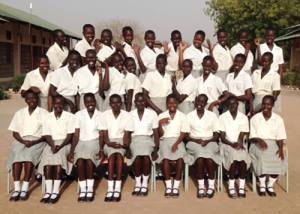 Loreto Girls Secondary School in Rumbek, South Sudan, recently graduated 29 girls, believed to be the largest class of girls to graduate in South Sudan since the country gained independence in 2011.

In 2014, the United Nations (UN) lauded the school for graduating 23 girls, the first time 23 girls had graduated at once from a single secondary school in South Sudan.

Over one thousand people, among them donors of the school; representatives of the traditional leaders and state government; members of the clergy and the religious of Rumbek Diocese all gathered to witness the continuation of the school’s achievement of graduating more and more South Sudanese girls. 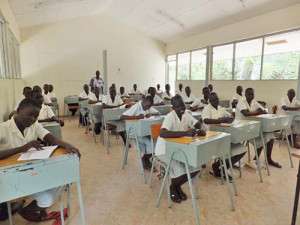 The well-attended event, which started with the celebration of the Holy Eucharist, was marked by cultural song and dance from various South Sudanese ethnic groups and speeches.

“To my sisters (graduating classmates): Go forward and show the world what you can do. To those who are not graduating today, do not lose hope. To our parents: Let us stay in school, let us go to University,” said Josephine Nyanajong who spoke on behalf of her colleagues.

“Our donors and all Loreto partners, you are rarely seen, but your impact is great,” Nyanajong continued in her speech and added, “I can assure you that your effort is not being wasted.”

The theme of the graduation was:
I am Transformed; I seek to Transform

Loreto school principal, Sr. Orla Treacy of the Loreto Sisters, expressed her joy saying, “We are proud of what you have achieved today, and to be part of these last years with you.”

Sr. Treacy told the graduating class, “Remember Mary Ward’s words: ‘Women in time will do great things.’ Today you are those women.”
Mary Ward founded the religious congregation of nuns better known as the Loreto Sisters in 1609.

With most schools in South Sudan experiencing as high as 71 percent dropout rate of girls, Loreto School in Rumbek diocese recorded a dropout rate of only 2.9 percent in the year 2016.

In his address to the graduating students, the Chief said, “Education is something important. Graduates, (you) have shown a great example to the rest of the students who are coming after you. The first person to know the importance of education is you, yourself, then the society will learn from you. (These Loreto) graduates will become leaders of South Sudan.”

Parents present at the gruduation ceremony acknowledged, with gratitude, the efforts of the school administration in providing education to their daughters.