Globally, and in Australia, Loreto actively engages in justice and development issues. Through individual initiatives and partnerships the network is involved in education, community development, social justice, advocacy and refugee rights.

Loreto at the United Nations

Loreto has been at the United Nations (UN) as a non-government organisation since 2002. The primary goal of Loreto at the UN is to work for systemic change to redress the major inequities in our world by promoting the Sustainable Development Goals (SDGs), working for the eradication of poverty and promoting gender equity for women and girls.

Loreto at the UN

MWIA is committed to working towards a more just world where there is respect for the dignity of each person and equal opportunity for all. In particular, MWIA strives to create just and sustainable change with women, children and communities. It also provides opportunities for volunteers to collaborate in these works.

Loreto Sisters live and work with communities in the Baucau region of Timor-Leste. At the request of the Gari-uai community, Loreto built a community centre and pre-primary school in the village engaging families in this project. Other community development work continues to evolve.

Today Loreto Sisters and their colleagues are actively involved in planning, providing, advocating for and funding welfare and social services.

Loreto Sisters work as chaplains or in educational support with young offenders and other groups in prison. The compassionate presence of volunteers who choose to stand with those “out of sight and out of mind”, continue the commitment of Jesus to be with people living  on the margins.

The following statement was adopted at the General Congregation held in September 2014 at Loyola, Spain.

As members of the Institute of the Blessed Virgin Mary, an international and multicultural congregation of women religious, we pledge to work for the eradication of all forms of human trafficking and its causes, particularly among women and children, wherever we live and minister.

The Loreto Sisters and their colleagues, in Australia and across the globe, work to give a voice to those who are trafficked into sexual, social or labour slavery.

In Australia the Loreto Sisters join other religious congregations in supporting  ACRATH’s efforts for the victims of slavery and to raise awareness and share information about human trafficking. 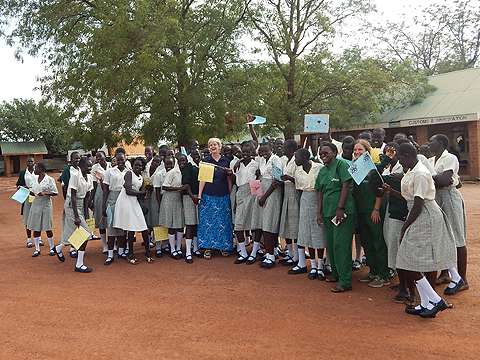