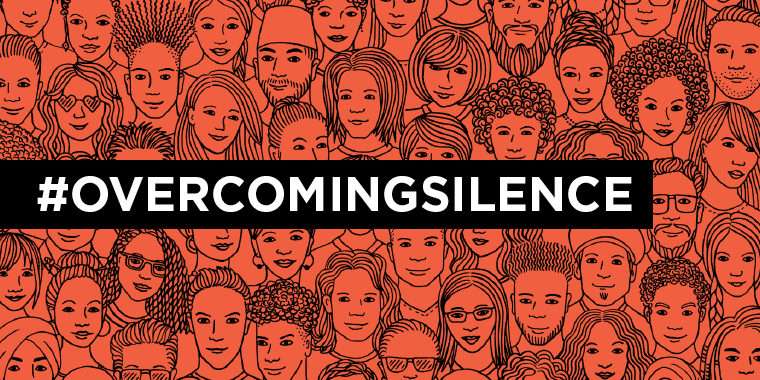 When a 30-something contacts you to discuss the future of the Catholic church, you tend to sit up and listen!  I have so enjoyed a number of meetings this year with Loreto Normanhurst past pupil and current Board Director, Stephanie Lorenzo.  In so many ways Stephanie echoes the witness of Mary of Magdala sprinting from the empty tomb, straining to share her ‘good news’, a glimmer of the resurrection.  With a professional background in communications, Stephanie exercised exemplary leadership of Australian NGO Project Futures, whose mission is to give hope by transforming the lives of women and children affected by human trafficking, slavery and sexual exploitation in Australia and Cambodia. Steph’s new role as Communications Co-ordinator for Voices of Faith’s (voicesoffaith.org) #overcomingsilence campaign finds her championing inclusion of women’s voice at all levels of decision-making within the Catholic church. As Stephanie writes:

Many questions are coming from deeply faithful Catholic women who are asking why the Church is so slow in recognising their value and opening decision making roles to them; roles that incorporate their faith, charism, expertise and education into structures of authority at all levels.

At a time when so many Catholics are feeling despondent, betrayed, angry, perplexed and confused, Stephanie is inviting us to make a small, creative, positive response by uploading a photo and simple sentence or two at overcomingsilence.com. The goals of the campaign are stated clearly:

In October 2019, the Synod on Amazonia is planned. We want to make sure that religious sisters can cast their votes at this synod, for the very first time.

Evidence has repeatedly shown that a diversity of leadership for any institution makes for positive results and culture. We continue to lobby for transparent hiring practices and work with faithful Catholic women who have skills and expertise to lead at the highest levels of the Church.

3. An official process of change to bring women to leadership roles at all levels in the Catholic Church.

What could an open, consultative process for women in the Church look like? We must begin to discuss this now.

Watching Stephanie address a meeting at the Vatican on International Women’s Day in 2017 I am inspired by a leader of our Australian Catholic church,  a follower of the risen Lord and a true Mary Ward woman.  My post-Easter goal is to ‘practise resurrection’!  Aligning myself with the #overcomingsilence campaign is an action of justice and hope.  It took me two minutes to upload my photo and statement.  I hope it doesn’t take two millennia for Steph’s dream of a more inclusive Catholic church to be realised.