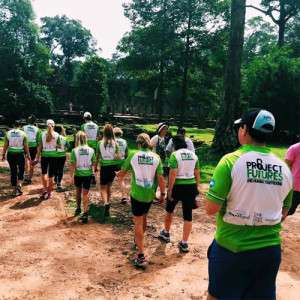 Over eight years ago past Loreto Normanhurst student, Stephanie Lorenzo, at just 22 years of age, cycled through Cambodia to raise money for a friend’s charity. It was to be a life-changing event because it became the catalyst that helped to catapult her from the world of corporate communications into the not-for-profit sector and the establishment of her own charitable organisation – Project Futures.

This cycling event gave her the opportunity to study the world of human trafficking. She used part this time to read the heart-wrenching biography of Somaly Mam, a Cambodian woman sold into the sex trade as a child.

When Stephanie returned home to Sydney her view of the world had made a paradigm shift. She decided to devote her time and energy to help share the story of Somaly Mam and raise money for the three safe houses supported by the Somaly Mam Foundation. In 2009 Stephanie encouraged 25 of her friends and family to join her on an epic fundraising bike ride around Cambodia – It raised $80,000! She has never looked back. 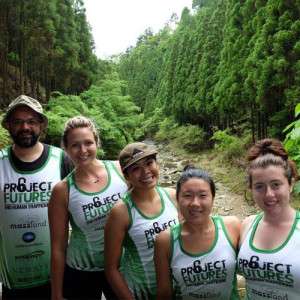 Since that time Stephanie has been committed to raising the awareness of the horrors surrounding human trafficking, both in Cambodia and Australia. The Project Futures community is now raising $1 million a year for anti-trafficking projects in the Asia-Pacific region. Since inception they have raised over $4.4 million dollars supporting five projects across three countries, assisting thousands of victims and survivors.

Stephanie’s core message is about harnessing the ‘power of purpose’ in our lives. Once you discover your ‘why’ then you are empowered to take action and manifest your gift to the world.

On March 8 this year Stephanie has been invited to speak at the Vatican to mark International Women’s Day with an organisation called Voices of Faith.

“It’s an honour to be invited to talk at the Vatican. It was eight years ago on International Women’s Day that the idea of Project Futures came about,” she said.

In 2016, Stephanie was a finalist in the Qantas and Women’s Weekly ‘Women of the Future Award’. In 2014 she was named one of the Financial Review’s and Westpac’s “100 Women of Influence”. In 2013 she was nominated for Australian of the Year. Most recently Stephanie has joined the Emerging Leaders Advisory Board for the Australian Institute of Management (AIM).

In this podcast Stephanie talks openly about the global media firestorm surrounding allegations that Somaly Mam had fabricated her story and how Project Futures then handled this media beat-up. She also talks about her recent decision to step down as CEO of Project Futures in March this year to enter another exciting chapter in her life.