“There is no such difference between men and women that women may not do great things. Women should and can provide something more than ordinary.”

These are the words spoken by the founder of the Loreto Sisters, Mary Ward, over 400 years ago. Mary Ward believed that girls could and should be educated, and women empowered to take their rightful place in society. Freedom, Justice and Sincerity were her core values.

It is a remarkable achievement for our eight Loreto Schools across Australia to proudly lay claim to instilling in so many students a belief that ‘women can do much’.

Following in Mary Ward’s footsteps, Irish sister, Mother Gonzaga Barry,  came to Australia in 1875 and ended up establishing Loreto Schools across the nation. It was her belief that ‘women had much to learn from women rather than relying on the theories of education … which we owe largely to men.’ (With our schools’ ethos embedded deeply by the charism of these two inspiring women, Mary Ward and Gonzaga Barry, it is truly exciting when our past students go on to achieve so much. The recent triumph of Loreto College Ballarat past student, Michelle Payne who  became the first female jockey to win the Melbourne Cup in its 155 years, is a timely reminder that our whole society benefits enormously when everyone has the opportunity to develop their gifts and talents.

Michelle has scored the biggest win of any female jockey in any race in the world! If we reflect upon that single sentence it highlights how remarkable her success is and the global impact she has made.

In her non-sugar coated speech upon receiving the Cup, Michelle’s profound words were echoed around the racecourse landing instantly on social media with the full force of The Prince of Penzance’s gallop. “It’s a very male dominated sport and people think we are not strong enough. It’s not all about strength. It’s about being patient.” Michelle is indeed not only right in her encouragement of female jockeys, but has become a source of inspiration for women worldwide. 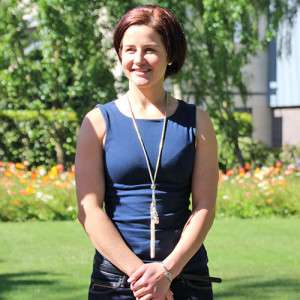 However, the ride to success didn’t come easily for Michelle. Her story is one of tribulation and triumph. The youngest of 10 children, Michelle is not new to racing. She has seven siblings – five sisters and two brothers – also in the saddle. Her brother Stevie, who has Down syndrome, is Prince of Penzance’s strapper. He has worked for trainer Darren Weir at his stables in Ballarat for almost 10 years and lives with Michelle.

A decade ago Michelle was urged by her family to give up racing following a fall which left her with swelling on the brain and a fractured skull. Her sister, Brigid, 36, died three years later after falling from her horse. Michelle was the first of the siblings to become a jockey and has had a series of brain aneurysms and then a heart attack in January 2007, a decade after another fall that left her in a coma for several days.

Michelle was raised by her father, Paddy, after her mother, Mary, was killed in a car accident when she was just a baby.

It is jumping the many hurdles life presents that molds a person’s character building both courage and resilience. Recently during a visit to Loreto College Ballarat, Michelle offered the students advice, “everything you do has consequences”.  For Michelle those consequences led her to break the glass ceiling in the world of racing. The scale and magnitude of the events that day will be etched in our history books forever.