Born and raised in the Philippines, Loreto Sister Janet Palafox ibvm came of age rallying for change in the era of the Marcos dictatorship and has continued to spend most of her adult life championing social justice. Arriving in Australia in 1988, Sr Janet found herself working in the finance sector, a segue from her previous experience in communications and television. However, by the year 2000, Sr Janet sensed God calling her in a different direction. She began a journey of self-inquiry and research that led to the Loreto Sisters. Taking her first vows in 2004, Sr Janet has since held several roles within the global Loreto community, including the Executive Officer of Mary Ward International Australia and Director of Mary Ward Peru.

Recently, Sr Janet commenced her role as the international IBVM Loreto NGO representative at the United Nations (UN), during perhaps the most challenging circumstances of the past 50 years. The framework for the work at the UN centres around the Sustainable Development Goals (SDG’s) and is primarily focused on women and children, promoting awareness of and reporting on social development issues, gender equity and human rights.

“When you look at the United Nations’ 17 Sustainable Development Goals, women and children of minorities are the most disadvantaged. One might expect it to be women of a certain race or ethnicity; however, gender inequality is one of the most consistent issues across all races and ethnicities,” says Sr Janet.

At the end of 2019, Sr Janet spent three months at the UN office in New York, an experience she found inspiring and motivating. “It was amazing. It gave me hope to see all these people working to make the world a better place and who believe that we can do it if we work collaboratively. It’s about collaboration; we can’t do this alone.”

Since the outbreak of COVID-19, Sr Janet has returned to Australia and, like so many of us, is performing her role remotely. Navigating the nuances of virtual meetings and Zoom calls while on the opposite side of the globe has been a challenge; however, Sr Janet says this has allowed her to attend many things here in Australia that wouldn’t have been physically possible had she been in New York.

The importance of continuing the work amidst the present setbacks is evident. We are unfortunately seeing the progress of the past thirty years travelling backwards. The pandemic has caused two billion children to be out of school abruptly. Furthermore, lack of internet access has meant that many children cannot access their studies online. As a result, countless children have had their education come to a complete halt.

The pandemic has widened socio-economic gaps, amplifying existing inequalities. The most disadvantaged in society are being disproportionately affected.

“If there is something positive from COVID-19, it has made people more aware of the extent of inequality in our world. Once we have that knowledge, we can do something about it. We have to work hard for our governments not to go back to normal but to ‘build back better.’ We can’t go back to normal because normal was the problem. The younger generations are very much aware of gender and racial inequality, and they know they have to do something about it. It makes me hopeful.”
– Sr Janet Palafox ibvm –

The work of the Mary Ward network correlates strongly with that of the United Nations. If we are to change the world, quality education plays a critical role. Loreto strives to be at the forefront of this notion through our schools, our projects and our staff. Our Ignatian spirituality asks us to stop, reflect and find God or the truth in all situations.

Sr Janet sees that her role at the UN is to engage with the Loreto network, share information from a global perspective, and encourage each of us to be advocates and agents of change. We need to prioritise the issues that matter most to our network and where our knowledge experience resides. 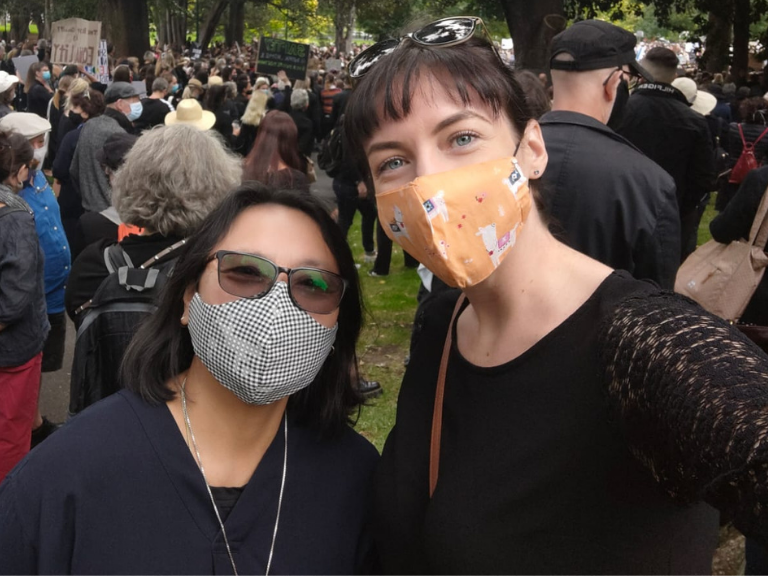 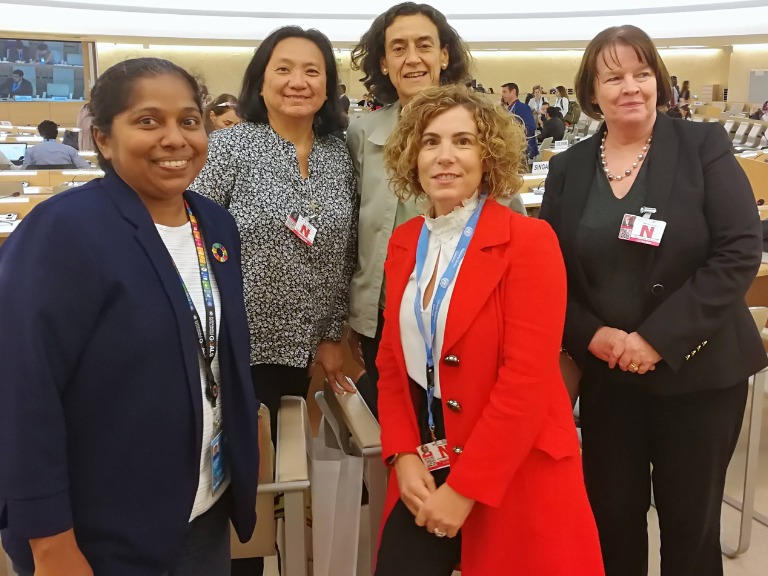 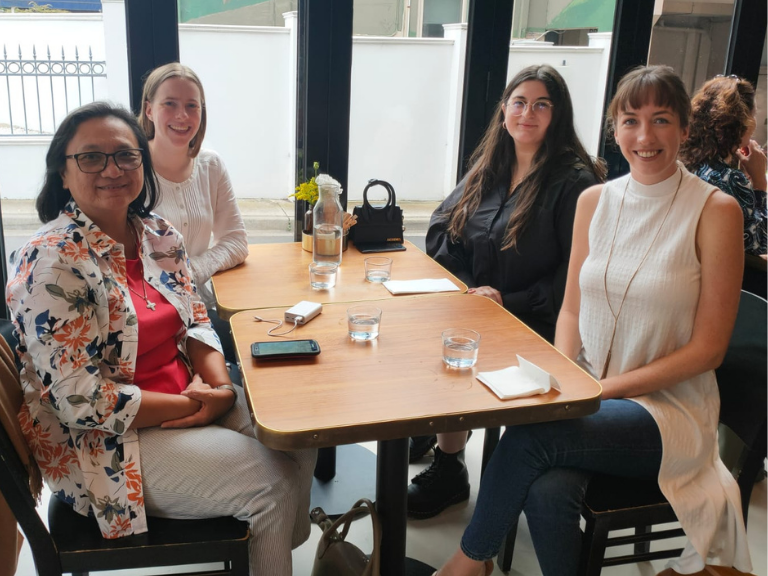 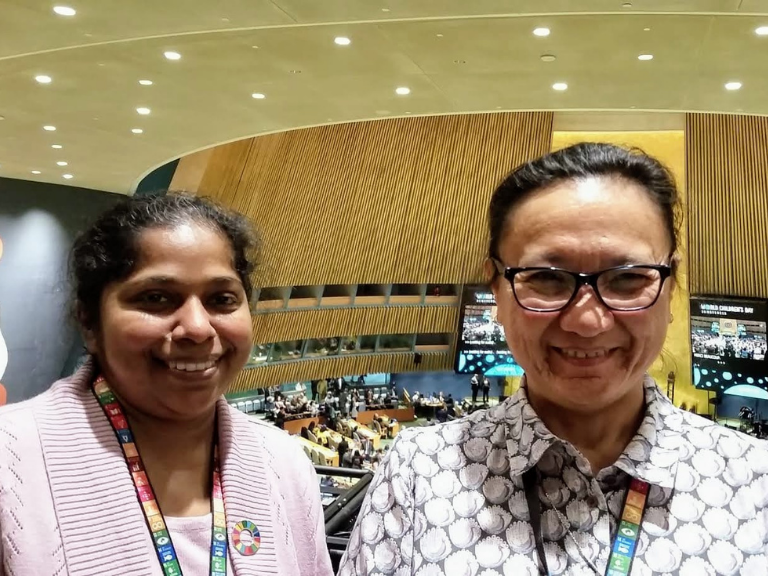 Here in Australia, Sr Janet sees our most significant human rights concerns in the plight of refugees and asylum seekers and our First Nations brothers and sisters who have been ‘othered’. “It is time for us to acknowledge that there are no ‘others’; we are all the same. We belong to each other. It is about taking responsibility for our privilege in a way that doesn’t continue to disadvantage other people.”

2020-2030 has been called the ‘Decade of Action’. Sr Janet believes that to effect positive change in our world, there are things we must give up. We must commit to ‘big change’ and be ready and willing to get uncomfortable. Change doesn’t happen overnight but is unstoppable where people and passion are present, accompanied by hope and faith.

The United Nations is in its 76th year. The UN acknowledged that whilst there may not be a lot to celebrate, it needs to reflect on its charter and listen to what the public believes are the critical issues to face. Many across our Loreto and Mary Ward community, including students, staff and Sisters, were involved in these conversations throughout 2020.

“We need a lot of help from the community within the Loreto network to communicate, inform and connect in creative ways. In particular, to engage and connect with young people to ignite their passion. Each of us only needs to be doing one small thing. If we all did that, we would change the world. If we can each infect five people with our passion for justice, imagine the positive change!”
– Sr Janet Palafox ibvm –